Last week, I attended an update from Capita’s assessment product manager, Rachael Marshman. Most of the assessment ‘gurus’ in the room were very impressed by  capita’s commitment to developing Assessment Manager. Indeed, news of the following new feature felt like an early Christmas present for most of the people in the room:

If you have ever designed and implemented a system using assessment manager you’ll be aware that SIMS requires us to re-create each subject template from scratch. From the autumn release a new utility will allow schools to swap one aspect for another – assuming the aspects use the same gradeset.

The potential time savings this creates means that marksheet developers will be able to re-create and re-design marksheets much quicker than presently – making SIMS much more responsive to the demands of the new curriculum. The development time savings for secondary schools are huge. I estimate that a 20-30 subject KS4 system will now take days to develop rather than weeks or months. 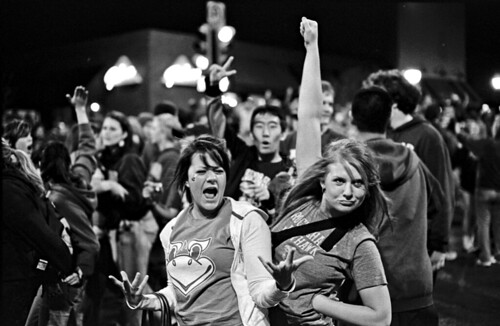 Capita have just released their new EYFS system. KS1-4 resources will follow over summer and autumn releases. The exact specification of these resources isn’t yet confirmed, but the KS1 and 2 offering will include progress measures such as:

Details are still scarce on this but Capita are working on a reporting tools to produce RaiseOnline style reports from within SIMS (without exporting to Excel).

If your school or LA decides to develop your own aspects and templates it’s often difficult to utilise the new Discover graphs and analyses. With this is mind, Capita are developing an aspect mapping utility that will allow you to map you own aspects gradesets and resultsets to Capita’s own equivalents. This will be especially useful for the new RaiseOnline Tool. A KS1 to KS3 version will be available in the summer, with a KS4 tool available from the autumn term.

Capita will be introducing some features that encourage teachers to use marksheets as class mark-books and record the results of less formal, more ad hoc tests. Teachers will be able to change the heading of a set of up to ten numeric aspects, and define input parameters to define the maximum and minimum marks. The marks can then be standardised (for example to convert from a mark out of 12 to a percentage). Schools will still have control over the traditional SIMS aspects behind these flexible aspects.

Most of us are struggling to imagine what an assessment manager system not based on national curriculum sub levels will look like. Capita have been working with a outstanding schools who have developed their new systems, not based on levels. The resulting system will also be made available to schools in the autumn term.

The article was amended on 25th March to remove references to individual point grades and measures of progress since the previous term.