Over the summer months I’m sure many SIMS Assessment Manager users in secondary schools will be grappling with the new GCSE grades and also with the new Progress 8 measure. The immediate problem for many schools will be ‘how do we move from the old A*-G grades to the new GCSE grades 1-8. Luckily SIMS Assessment Manager provides us with the flexibility and configurability to cope. I’ve blogged previously about using grade sets to convert grades from one format to another but here is a better technique from Gary Skelton from St Simon Stock RC School in Maidstone – LOOKUP tables.

What is a LOOKUP Table?

The lookup formula simply linked the column that contained the input score (105) to the relevant LOOKUP table. SIMS would calculate the pupil’s age on the day of the test, and the age standardise score would be calculated.

If we ignore the ‘age related’ element to lookup tables, they provide the ideal way to convert from old to new GCSEs – we input the old GCSE grade into the LOOKUP formula and out pops the new GCSE point grade. Gary’s technique allows us to by-pass the age related part of the formula and simply convert from old to new GCSE grades. First, we need to create the LOOKUP table: Focus | Assessment | Lookup Tables | New Complete the table as per this screenshot: 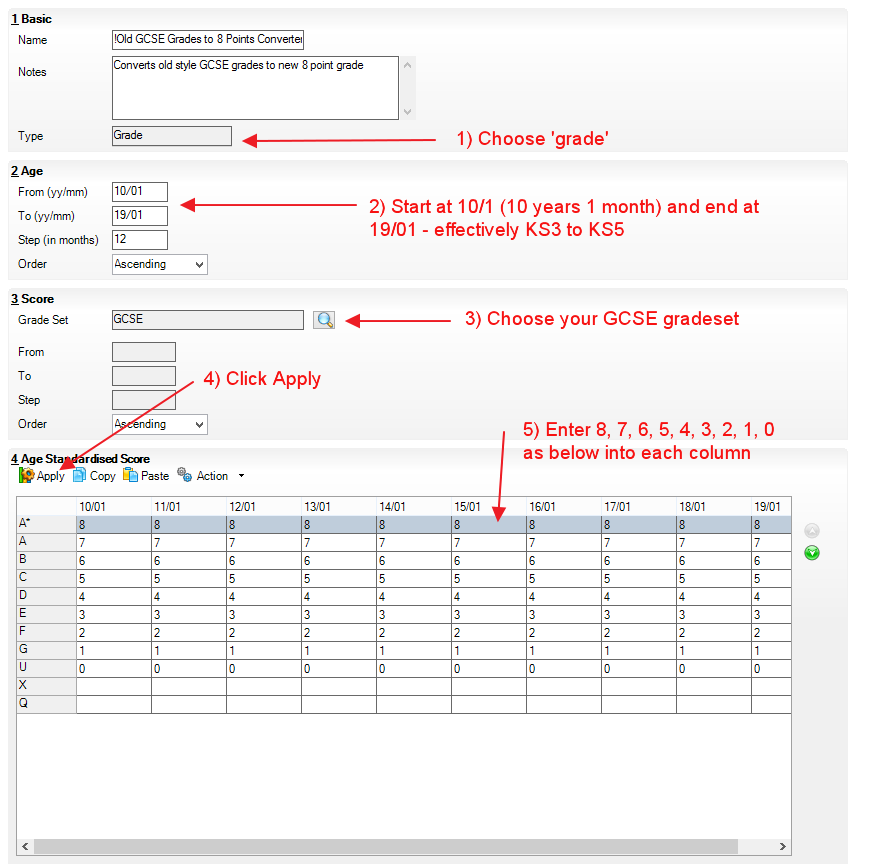 Using a Lookup Table in a Lookup Formula

Here’s how the formula is used:

In the example above ‘Max Ebacc 1’ is a column aspect A*-G. The formula will return a marks-integer in the range 1-8. Use a MARKS TO GRADE formula to convert the marks-integer result into a 1-8 grade aspect to facilitate better analysis in a marksheet.