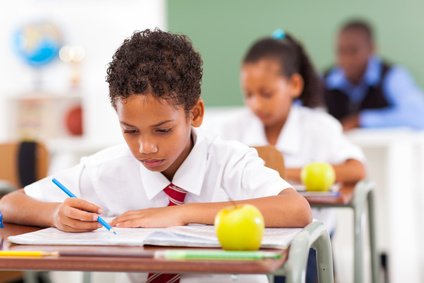 I was recently asked to provide some design considerations for a primary who are just starting to use SIMS assessment manager for their assessment data tracking. Here are the questions I usually ask primary schools who are creating an assessment system for the first time.

Before we start, I’m often asked if Capita provide an assessment system that ‘just works’ and the answer is that yes, Capita have provided a standard assessment system that does work for many schools. You will find Capita’s instructions on how to install and use it here. So the first system I usually consider is Capita’s, but Capita’s system doesn’t work for every school. In this article I will try to outline the design issues that I use to advise a school on the best system for their needs.

Do you need to use single national curriculum points to record pupil progress?

Many schools are finding that recording pupils as moving from 2c to 2b is not ‘fine’ enough; schools need to be able to record very small amounts of progress between 2c and 2b. To solve this issue some schools abandon sub levels entirely and just record national curriculum points. But assessment manager works best with sub levels not points, so consider using ‘starred’ or ‘plus’ grades. Using starred grades a 2c* represents a pupil with 14 points, one point more than a 2c.

Note that starred grades are not implemented in Capita’s system. If you absolutely need to use starred grades then Capita’s ‘in house’ primary tracking system will not be suitable (it just doesn’t deal with starred grades yet) and  you’ll need to consider either developing your system in school, asking your local SIMS support people to do it for you or (ahem) asking your independent SIMS consultant. As of July 2014 Capita are considering implementing starred grades.

How Will You Set KS2 Targets?

Most schools set KS2 targets based on KS1 results. The lowest targets generally involve adding 12 points to the KS1 result (hence a 2b at KS1 becomes a target of 4b at KS2). Increasingly schools want to set more challenging targets of 14 or even 16 points.

How Will You Set KS1 Targets?

Since the new EYFS was inroduced many schools have started to set KS1 targets based on a baseline taken as early as possible in Y1 and adding 8 or 10 points to generate a KS1 target. Whatever system you choose: SIMS can cope!

Do you want targets for each term?

If you set an end of year target and use traffic lights to indicate if pupils are hitting their targets, then most pupils will be red in the autumn term. This is difficult to analyse (and slightly depressing), so many schools set termly targets by spreading out the 12, 14 or 16 points as equally as possible over the 12 terms during KS2.

How Often do You Assess?

Most primary schools do still assess three times each year, but more and more school assess half termly, six times per year.

How Will You Measure Progress?

There are three main metrics for measuring progress during KS1 and KS2:

How Will You Highlight Good Progress?

You can add ‘traffic lights’ colours to certain column to highlight progress. Many schools use red, amber and green on their marksheets but I advocate using four colours, with the ‘extra’ colour being used to highlight pupils who are slightly below expectations . The fourth colour avoids too much red on the marksheet (always off-putting) but more importantly helps schools identify the pupils who really need an urgent intervention. Most schools use the colours to compare the teacher assessment with the target grade and hence highlight pupils who are missing their targets. Other schools choose to highlight pupil progress, for example highlighting pupil progress since KS1 to identify pupils who are not on track to make at least 12 points of progress over the key stage.

Getting the System ‘Live’