SIMS and the Trinity Mastery Pathway 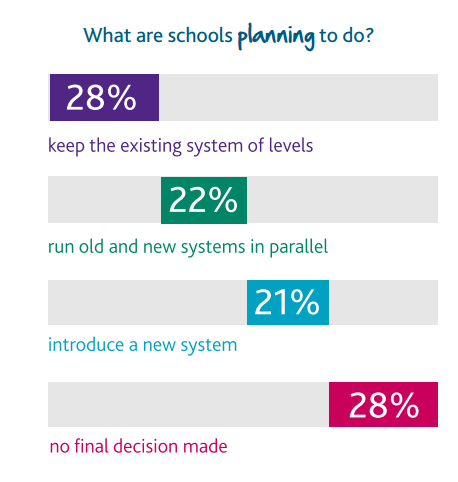 For many secondary schools the most pressing issues currently are the introduction of new GCSE grade format and the new Performance 8 measure of school performance. I’ve blogged about using SIMS to record Performance 8 and new GCSE grades previously. Suprisingly, relatively few secondary schools have made any move to replace levels at KS3. This was re-enforced by a recent poll of primary and secondary schools from Capita SIMS suggesting that 28% of schools had made no final decision. I suspect that a poll of secondary schools only would show a much higher percentage of schools have yet to make any firm plans. Why is this, when there are several options now available to schools? And what alternatives to levels are available for schools that want to make a switch sooner rather than later?

Earlier this year I attended the Capita SIMS annual conference at Alton Towers in Staffordshire. One of the guest speakers was Rob Marsh, vice principal at The Trinity Academy in Halifax. Trinity were one of the winners of the DfE Assessment Innovation Fund, a nationwide competition looking for the best assessment without levels system. After his presentation I talked to Rob Marsh about the Pathway:

Each of the stages is further broken down into between four and nine steps. Perhaps usefully for many schools, there is an expected rate of progress (2 or 3 steps per year). The system is also related back to the standardised scores that pupils will take at the end of KS2 and hence a pupil who achieves a standardised score of 100 is expected to be working at the Elementary stage and to be working at step 2 or 3.

There are three assessment ‘papers’ per year. Each assessment is designed to show if a pupil has mastered the curriculum. Pupils are not usually allowed to progress to the next stage unless they have mastered the current one – hence the name ‘mastery pathway’. If a pupil fails the assessment for a step, they must repeat the step. If they fail the step twice, the school will provide targeted support.

SIMS and the Trinity Mastery Pathway

As I’ve mentioned elsewhere SIMS Assessment Manager is particularly strong on summative assessments. So we can set up SIMS aspects to record each step and stage in a single SIMS gradeset. On our marksheets we can highlight pupils who are working at each of the stages using particular colours to show pupils who are working above or below our expectations. We can also use SIMS to calculate the progress made by pupils in terms of steps of progress, perhaps also highlighting pupils who have made inadequate or outstanding progress. For termly paper assessments we can use SIMS to record the standardised scores in the range 80 to 130.

Don’t forget that SIMS can also be used at the formative level (recording progress against individual statements such as ‘can count to 100’). Many people assume that SIMS isn’t suitable for formative assessment but I like to challenge this assumption and have successfully implemented fomative solutions for schools. Yes, it will take longer to set up (inevitably there are lots of statements and steps!) but not much longer than an Excel solution would take.

Where SIMS and the Mastery Pathway really work well together is in parental reporting. Here we can use Individual Pupil Reports to create informative and flexible summaries of each pupil’s progress. As you’d expect, parents are told which step and stage their son or daughter is currently working at (e.g. elementary 2) and parents are also informed of the progress their child is making in terms as either ‘no progress’, ‘good progress’ or ‘exceptional progress’. As SIMS experts we can show schools how to use the reporting features to create professional looking reports including coloured ‘traffic lights’ to highlight school expectations.

With this series of articles I’m trying to counter a perception that SIMS can only ‘do’ levels and sublevels. On a daily basis I’m working with school on assessment systems that disprove this notion, and proving that Assessment Manager is more than capable of handling almost any kind of new assessment system. If you’re struggling get in touch with Capita directly, or your local SIMS support team, or an independent consultant.