One feature that I’ve been asked about many times by schools is a one-click analysis report that lists all the metrics used by RAISE online. Until now, I’ve had to show schools how to use a selection of tracking grids, analysis grids and old-fashioned marksheets to analyse their data. But analysis data this way can take a long, long time!

Last Friday Capita released the latest version of SIMS. For primary schools and for secondary schools, SIMS includes a ‘School Report’ which lists all the key metrics of attendance, behaviour, attainment and progress, grouped by EAL, FSM, Pupil Premium, Looked After and a raft of other measures.

I think senior managers will find this report to be the single most important strategic analysis tool at their disposal. To give you an example of the power of this new report here are some selected screenshots (the full report contains over 70 pages): 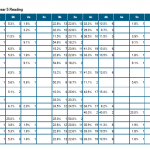 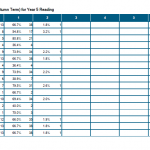 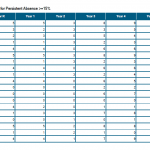 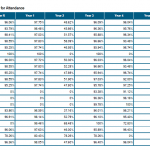 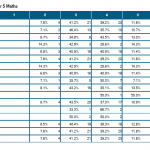 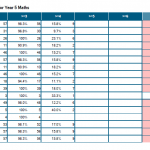 Over the next few weeks I’ll road test it as much as possible, but in the meantime here’s a link to an example of the complete output from the school report:

One caveat: if you have created your own assessment system (and therefore you are not using Capita’s own set of marksheets – sometimes called the TP system, or the CAS Tracking Progress marksheets) you will need to use the new Assessment Mapping Tool so that the School Report ‘knows’ where your assessment data is stored.

This website uses cookies to improve your experience while you navigate through the website. Out of these, the cookies that are categorized as necessary are stored on your browser as they are essential for the working of basic functionalities of the website. We also use third-party cookies that help us analyze and understand how you use this website. These cookies will be stored in your browser only with your consent. You also have the option to opt-out of these cookies. But opting out of some of these cookies may affect your browsing experience.
NecessaryAlways Enabled

Any cookies that may not be particularly necessary for the website to function and is used specifically to collect user personal data via analytics, ads, other embedded contents are termed as non-necessary cookies. It is mandatory to procure user consent prior to running these cookies on your website.