August 2017 Updates to the KS4 Resources 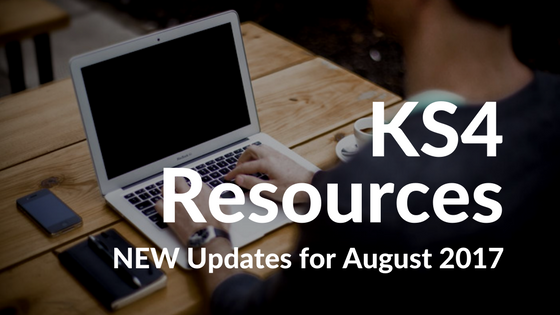 As of the 11th August 2017 there’s a new version of the KS4 resources available for download. The new download incorporates the new average Ebacc and standard pass measures. Here’s the details from the KS4 resources newsfeed:

The 2018 to 2020 versions now contain new columns at the end to calculate a new headline measure, the Average Ebacc as described in the posting of 2nd August.  As always the templates will import over the TP Year 10 Autumn Term version but would need to be cloned and marksheets recalculated for the new measure to be populated.

The report now contains the Average Ebacc calculation above, but this measure only applies to the 2018 cohort and beyond.

The additional reports for (a) Threshold and (b) Numerical Progress and Attainment calculations have been updated to include the new measures for ‘standard’ passes and the new Average Ebacc Measure.  The suffix of 2017 has been removed from the Threshold report so the new one will not overwrite the previous version on import.  The previous versions (CAS KS4 Threshold Measures 2016 and 2017) can now be deleted.

There are several new graphs to import which reflect the new headline measures.  We have left the original files available in the folder if schools wish to continue using them.